Please join us for our October Tamar Valley Leaders Lunch with Professor Dominic Geraghty, speaking on the topic of ‘Sustainable Campuses for the North’. Professor Dom Geraghty is the University’s Pro Vice-Chancellor (Launceston), driving delivery of the Northern Transformation’s vision and strategic objectives for our city and region.

Originally from Ireland, where he obtained a BSc (Honours) from the National University of Ireland, he completed a PhD at Deakin University in 1988. Dom moved to the University of Tasmania in 1991, and has become deeply connected with the University and the Launceston region, researching and teaching here for three decades. The first in his family to attend university, Dom is passionate about growing the University’s presence and profile, improving access and increasing educational attainment.

As a pharmacologist and enthusiastic science communicator, Dom has presented public lectures on health/drugs of abuse awareness and is a frequent ‘guest scientist’ on radio. He has co-authored over 250 research papers, reviews, book chapters and conference presentations.

Dom is a past Director (2011-20), President and Chair of the Board (2016-17) of the Australasian Society of Clinical and Experimental Pharmacologists and Toxicologists (ASCEPT), the premier society for the study of medicines in Australasia. He is currently a Director on the Board of Business Events Tasmania. 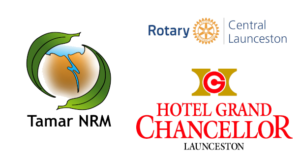